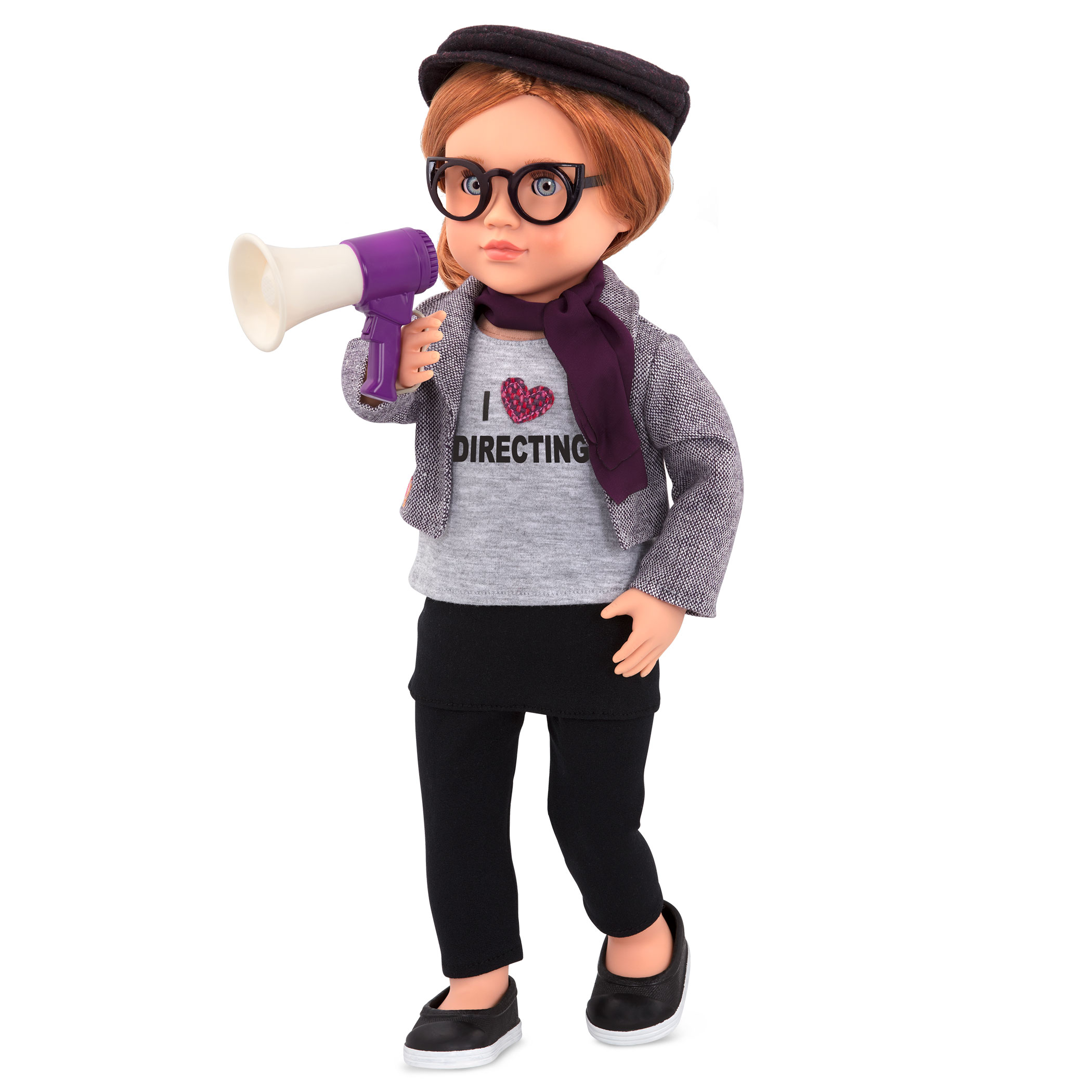 Our one-of-a-kind movie director*, along with her supporting cast* from Our Generation, have been really busy filming scenes for their new movie, and Mienna is sitting down with us today to share her favorite Halloween movie, funny stories, and interesting facts.

Hi Mienna, we’re super happy that you took time out of your busy schedule to talk to us today!

Thank you for having me. I’m really excited, I always want to talk about movies!

We heard you’re going to the OG Movie Theater on October 6th, are there any films that you hope will be playing?

Oh yes! I noticed that they have the Halloween movie poster up, so I’m hoping that they’ll show some spooky and funny classics. One of my all-time favorites is Hotel Transylvania!

That’s a really popular movie. Is there a reason why you chose that one?

Umm… WINNIE of course! She has so much energy and is always excited. I’m a really big movie buff*, so that’s how I feel whenever I’m around movies!

We also heard that you’re in the middle of filming a movie, can you tell us a bit about it?

It’s called, “Temple of the Topaz,” it’s an action-adventure movie presented by The Jelly Bean Cinema. My stepbrother Franco also has a part in the movie. He’s such a funny character!

We were filming one scene where our leading actress*, Rafaella, had to rescue Franco in the water, but when he read his line: “Someone, save me!” six penguins popped up and brought him back to shore! It was so funny that I decided to keep it in the movie.

Ha ha, wow! Directing your own movie must be really exciting. Did you film near any cool places?

Oh yes! We filmed near a volcano and inside a prehistoric* cave. I even learned interesting facts like porcupines can float, bats have thumbs, and popcorn can pop up to three feet in the air!

You ate popcorn while filming?!

Ha ha no, no. We all gathered around afterwards and had a screening* to see all the hard work we put into it. But there’s never a bad time to enjoy a crunchy snack!

You’ve taught all of us something new today, and I’m sure you will meet lots of friends at the OG Movie Theater on October 6th. Thank you for sitting down with us, Mienna, and we hope your movie is a BIG hit!

Thank you for having me, I really enjoyed being here!

Lots of new and interesting words can be learned when watching movies. Here are a few that were used in this interview:

Director – a person in charge when making a movie

Supporting cast – the actors in a movie around the main character

Leading actor/actress – the main character in a movie

Prehistoric – very old or out of date